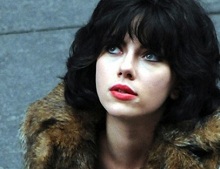 Scottish Enterprise has published a report which confirms the need for a studio facility in Scotland, a call welcomed by the British Film Commission.

The report is called Delivery Options for Production Space for Film and TV, and categorically states "evidence of a clear and present opportunity for a studio facility in Scotland".

In general, the UK is enjoying a production boom at the moment, with the high end tax relief system proving a real draw. Â Studios are currently bursting with both overseas and homegrown productions, with behemoth titles such as Ant-Man being nudged out elsewhere.

The emphasis on production in the regions and nations has been much in the news recently too:

Northern Ireland has Titanic Studios, famously home to Game of Thrones and currently awaiting a vital planning decision on a sizeable expansion, and Wales, which has long been heralded as a production hub, is to be home to a new Pinewood facility.

Although Scotland regularly hosts filming of major features such as World War Z, Under the Skin, there is still major demand for a permanent facility. When epic new drama series Outlander, backed by American money from the Starz network, was looking for a suitable home in Scotland, a warehouse in Cumbernauld was converted for the purpose.

The findgings published today (14 March) make great reading for the Scottish film and TV industry, as well as the UK as a whole. Scottish film and TV producer Iain Smith, also BFC chairman and contributor to the report, emphasised the call for a major studio in Scotland - a cause he has long been championing - saying "Scotland's creative talent and locations have long attracted major film and television productions. This report confirms it is the perfect time to capitalise on the business opportunities afforded by Government film and television tax reliefs as other parts of the UK have. A studio is an essential part of the equation. It's very encouraging that the report recognises this."

Chief executive of the British Film Commission and Film London, Adrian Wootton, added "The television tax relief has been a game-changer. Whilst our major US film clients tend to be based around London and the south east of England, our high-end television clients take full advantage of the whole of the UK, for example HBO's Game of Thrones in Northern Ireland, Starz' Da Vinci's Demons in Wales and ABC's Galavant in the south west. A studio would undoubtedly add to Scotland's draw for major producers of film and television, building on the success of Outlander. Although not quite full as is often reported, the UK is incredibly busy and we continue to receive huge number of enquires, and therefore we fully support the need for a studio in Scotland."

The report also gives hope that the new c