With attractive tax incentives, mammoth studios and A-list crew, it's clear to see why there has been an influx of international productions setting up shop in the UK, with film and TV production crew busier than ever. Someone who has witnessed this change and demand more than anyone is Sara Putt.

"The tax breaks have helped television and made it a very exciting place to be. Film is healthy too thanks to studios coming over and making big-budget films," says Putt, MD of leading TV and film agency Sara Putt Associates. Based at Shepperton Studios, her agency has represented film and TV heads of department across all genres, as well as has providing a diary service for crew for the last 25 years.

Set up in 1989, it was a time when sending CV's through the post was the norm and bagging your next gig via a computer was unheard of. Back then, crew would sign up to the service and Putt and her team would run their lives. "Because crew were often on set and had no mobile phones, we would juggle their bookings and tell them where they needed to be and when," she says.

After the diary service became a success, her agency was born, with initially just a handful of the camera operators who used the diary service. "I went out selling them - we now have around 150 clients," Putt can proudly say. She began to see a gap in the market, where most of the crew being represented in the industry was above-the-line-talent, such as producers and directors. Freelancing was becoming more popular in the TV sector, the BBC was getting rid of crew, and there was no representation for those in the middle, predominantly in the TV sector. Today, her agency represents a raft of talent, from fight arrangers to script supervisors, and since recently, VFX crew.
Â 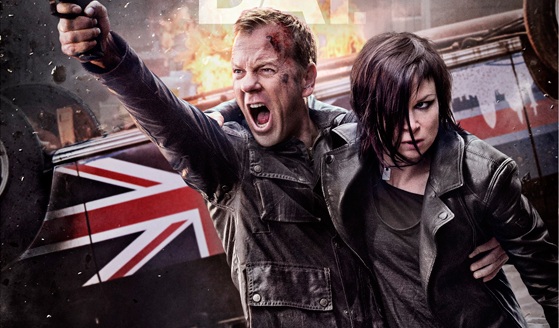 With big-budget US pictures using the UK as a filming base, such as the Tom Cruise-starrer Edge of Tomorrow (the film'sÂ director praised our crew) and upcoming behemoth projects such as Tarzan and The Jungle Book, Putt has concerns over the mid-budget productions. "There's a lot of activity in micro-budget productions, but what we've lost is the bit in the middle. There are very few films made between Â£5m and Â£15m. Therefore it's more challenging for those working in film to move from the very small to the very big."

Thanks to high-quality dramas like 24: Live Another Day shooting in the capital, which match the high production values of film, crew are now being able to move between the two genres a lot more easily says Putt. "High-end international television is bridging the gap. People are moving between film and television, that didn't happen five to ten years ago."

So with the myriad of foreign producers flocking to use our studios and talent for both film and TV drama, has Putt's clients noticed a difference? "They are in demand in a more international way. We have far more dealings for American heads of production and production execs than five years ago. High-end line producers and production services are also more in demand than they've ever been.â