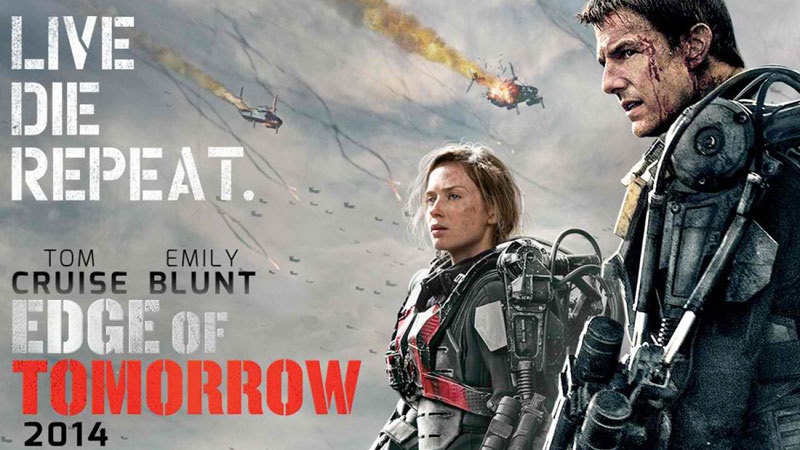 New York-born Liman said: "I've shot elsewhere in Europe, and my experience has been that when you need a specialist you fly someone in from England."

The filmmaker shot the film entirely in the UK where it was primarily based at Warner Bros. Studios Leavesden in Hertfordshire. By filming the movie at Leavesden, he added: "I got to have the best in every department."

One major scene was filmed outside Leavesden on location at London's Trafalgar Square, where Cruise and co descended on the iconic spot with helicopters, tanks and a whole load of extras donned in military gear.

"This was my first time shooting an entire movie in England and it really was an extraordinary experience," said the 48-year-old director, who first came to prominence with 1996's Swingers starring Vince Vaughn (he went on to direct The Bourne Identity and Mr and Mrs Smith).

Edge of Tomorrow stars Cruise as a soldier caught up in a Groundhog Day-style loop after fighting a war with an alien race known as Mimics; Brit actress Emily Blunt plays a Special Forces soldier who teams up Cruise's Cage to fight the battle.

Previously known as All You Need is Kill, Edge of Tomorrow is set for release in the UK on 30 May - to watch the trailer, click here.

To find out which other films are currently shooting at Warner Bros. Studios Leavesden and other film and TV facilities in the UK subscribe to Production Intelligence, our online database of advance and archive productions.