The Knowledge review of 2013 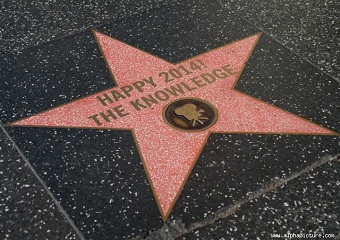 Over the past twelve months The Knowledge has seen quite the change. On top of our regular weekly bulletinÂ we have found new ways to keep you informed of what is happening in the industry, and the figures showed us that we are going in the right direction.

We launched several new features in 2013, such as a guide section and a blog. Plus we designed a brand new weekly bulletin for subscribers of our Production Intelligence service, which provides up to date information on thousands of films andÂ TV shows at various stages of production.

And 2013 was also the year in which we relaunched our news page. This page and the blog enjoyed no fewer than 107,000 page views. Our guides - bringing hands-on skills to film, television and advertising professionals - received over 35,000 views.

Here are a few of the articles that you (users of this website) viewed most:

Hollywood moves to the UK

Last summer was an exciting time for filmmaking, with a raft ofÂ Hollywood movies choosing toÂ shoot in the UK. This first part of a round-up of said movies proved extremely popular. To read part two, click here.

Back to the Bar as Silk returns for series 3

Who would have thought a dramaÂ aboutÂ lawyersÂ would causeÂ such a buzz? Details about the greenlight for series three of BBC'sÂ Silk was our most viewed news story. Made in-house at the BBC, this run was produced by Matt Strevens.

Our most popular commercial storyÂ was the follow-up to Southern Comfort's Beach, from advertisingÂ agency Wieden+Kennedy in New York. Directed by Tim Godsall,Â Shampoo had all the smoothness to match the ad's tagline, Whatever's Comfortable.

Back in October we figured, that whether you're a freelanceÂ producer,Â ADÂ or an editor, relying on getting a job in the TV industry through word of mouth or being in the right place at the right time isn't enough. With competition as fierce as ever, it'sÂ crucial you know how to get that all important next job by other methods - hence this guide.

A guide to being a runner <