A guide to being a runner 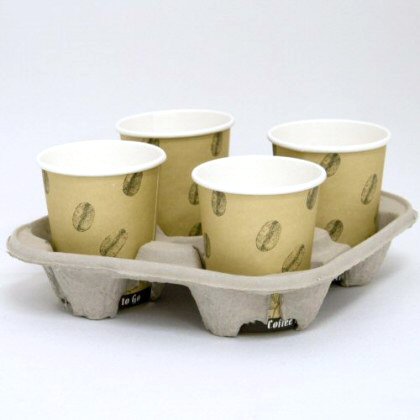 Getting your foot in the door as a runner in the TV, film or ad industry is a milestone in today's highly competitive job market. But what exactly does being a runner entail? One thing's for sure, it isn't glamorous - making endless cups of tea and cheerfully ferrying bits of kit (and people) back and forth to Timbuktu.

To give you a clearer understanding of the role, whether you're just starting out in the industry or considering entering it, here are ten things you should know…

1. Stick the kettle on

One of the main duties of a runner is to quench the production team's thirst. As a runner you'll be fetching lots of cappuccino's, frappuccino's, and other fancily named beverages for your team. It's not only liquid refreshments you'll be providing - getting breakfast, lunch, snacks and dinner orders are also part of a runner's job. So if you can't face heading back and forth to Starbucks, then this job isn't for you.

When you're not taking down everyone's lunch orders, you might be photocopying, tidying the office, or even collecting your boss' dry cleaning (it doesn't sound very glamorous does it? Bear with us). On the flipside there are still fun aspects to the role, for example, you might have to help escort a high-profile celebrity to the set, or stand in for a presenter during a gameshow rehearsal.

3. Wave goodbye to your social life

As with the majority of jobs in this industry, the hours are long, especially when it comes to filming. For a runner however, they're even longer. Often you'll be the first one on set (doing a breakfast run no doubt) and be the last one to leave. So say goodbye to your social life and make sure you get a good alarm for those early morning starts.

As a runner you're the bottom of the ladder when it comes to salary, so be prepared to be paid a minimal wage. This can be tough if you have bills and rent to pay. However it's not all doom and gloom - some companies will help contribute towards your daily commute. To soften the blow of a low salary, it helps to keep thinking you could be earning megabucks one day.

No one likes a grumpy runner. Nor do people in the industry like an over-enthusiastic one. Hopping and skipping while you help carry your director's camera only irritates people. If you turn up to a shoot early one morning and it's freezing cold, try to greet everyone with a smile. Also, when you're asked to do a job, no matter how menial, always do it with a bit of enthusiasm.

Most companies want to employ a runner to drive crew or kit from location to location. So if you do have a licence but are a bit rusty behind the wheel, we recommended you brush up on your driving skills. Now this fact is a shame but there is often a minimum age to drive a hired vehicle (it can vary from country for country), so your age can play a part in whether you get a runner's job in the first place.

Yes the hours are long. Yes you're on a low salary. Yes you're tired after lugging heavy kit up twelve flights of stairs. But never complain about it. You can get away with moaning to fellow runners in the bar but avoid doing it in front of anyone else, especially senior members of staff. Remember there are thousands of people out there who would kill for your job, so count yourself lucky to be in this position in the first place.

8. Get flexing those muscles

Everyone knows what it’s like to struggle carrying several bags of shopping back from the supermarket while your palms practically bleed. Being a runner is often like this, because one thing’s for sure: you’ll be carrying lots of equipment on a regular basis. It could be a camera in one hand, a boom in the other, all the while your director is merely carrying a view finder. On the plus side, you won’t have to go to the gym.

Hopefully this won’t happen too often but be prepared for people to talk down to you. Don’t get offended if producers are having a conversation right next to you and they don't acknowledge you. Or when senior staff ask you do it something, they never refer to you by your name. On-screen talent might also talk down to you – again, never take this personally. Take a deep breath and smile (even if it is through gritted teeth).

One day you might land your dream job of becoming a high powered exec or a feature film director, which is great but what comes with those roles is a lot of stress and important decision making – put a foot wrong and you could end up in the firing line. As a runner you get to work in one of the most exciting industries, with practically no crucial decision making involved in the role. You’re told what to do and you do it. So every so often make sure you take a step back and appreciate the world you’re working in.

Are you a runner? Have you ever been one? Tell us your experiences via our Facebook page.

Head over to our blog section where you can also read a graduate’s take on the TV and film job market.