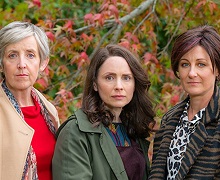 Under the terms of the partnership, the two organisations will work together over the next three years to further nourish the country’s screen sector, with orders for both scripted drama, comedy and factual commissions. Creative Wales recently funded BBC crime thriller The Pact.

BBC director-general Tim Davie also announced a new co-commission for BBC Three and BBC Wales; a series generated as a result of a partnership launched in November 2020 in conjunction with Creative Wales. Produced by Boom Cymru, Hot Cakes follows the young team behind a Cardiff bakery.

Davie said: “It is absolutely vital that the BBC reflects the nations it serves. Early this year I made clear this is a key priority for the BBC. Working with partners such as Creative Wales will help us achieve that ambition.

“Wales is a centre of creative energy. I want to see that flourish and grow. The BBC wants to support world-class drama, cutting-edge comedy and brilliant factual content. This marks the start of an exciting long-term partnership between the BBC and Creative Wales.

Dawn Bowden MS, deputy minister for arts and sport, says: “This Memorandum of Understanding sets out our shared vision for supporting a vibrant, diverse, world class Welsh creative industries sector that excels in the production of a wide range of content.


"I’m delighted that we’re also able to support the new co-commission and look forward to seeing the new series. This partnership al so presents a fantastic opportunity to discover and access up and coming Welsh talent from across Wales.”