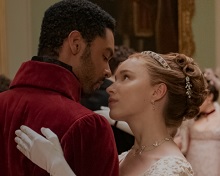 Netflix and BBC One have doubled down on new series commissions of Bridgerton and Call the Midwife respectively.

Netflix has shone the green light on Series 3 and 4 of the raunchy Regency hit, while the BBC has ordered Series 12 and 13 of the evergreen nuns and midwives drama.

Bridgerton has proved a global success for Netflix, becoming the most-watched series on the streaming channel with reported viewership of around 82 million households. 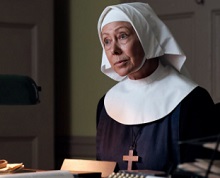 Neal Street Productions’ Call the Midwife was created by Heidi Thomas, based on the memoirs of Jennifer Worth, with the first, 1950s-set series airing in 2021.


The eleventh series, set in the 1960s, resumes filming next week. Thomas continues to write the next two series, and executive produces alongside Pippa Harris for Neal Street, Mona Qureshi for the BBC and Ann Tricklebank, who also produces.

Harris said of the double series news: “We are all delighted by this vote of confidence from the BBC, and are looking forward to delivering more laughter, tears and babies for our loyal fans. Over the past ten years it has been an honour to see how warmly the show has been embraced by audiences around the world, thanks to the skilful writing of Heidi Thomas and the brilliant work of our cast and crew.”