Dracula producers to make The Devil’s Hour for Amazon 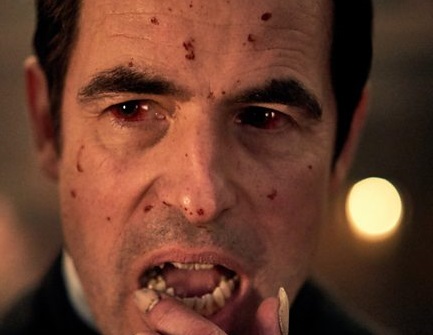 Hartswood Films, producers of Dracula and Sherlock, is working on a ghostly thriller for Amazon Prime Video, The Devil’s Hour.

The series follows the story of Lucy Chambers, drawn into the hunt for a killer by terrifying visions which always wake her at 3.33am: the devil’s hour. The show was announced at 3.33am today, the third day of the third month…

Created and written by Tom Moran, and executive produced by Moran, Steven Moffat and Sue Vertue, the six-part Amazon Original series will film in the summer followed by a launch in more than 240 territories. Johnny Allan (the Irregulars) directs.

Lucy Chambers wakes up every night at exactly 3.33am. Her eight-year-old son is withdrawn and emotionless; her mother speaks to empty chairs. Her house is haunted by the echoes of a life that isn't her own. When her name is inexplicably connected to a string of brutal murders in the area, the answers that have evaded her all these years finally come into focus.

Vertue, CEO of Hartswood Films, said; “We are genuinely delighted to be one of the first UK Originals that Prime Video has commissioned and are thrilled that Tom Moran and his big brain have trusted Hartswood and Johnny Allan the director with the wonderful task of bringing his scripts to life.”

“The Devil’s Hour is a gripping story from an exciting new voice, with a dream team behind and in front of the camera,” added Georgia Brown, director of European Amazon Originals for Prime Video. “We’re thrilled to be working with Tom, Steven and Sue on this new project, and we can’t wait to share news of the great British talent set to feature in this series.”

Filming is set to begin next week (w/c 12 April) on A Very British Scandal, exploring the infamous sex scandal surrounding Margaret, Duchess of Argyll, in 1963.

Gugu Mbatha-Raw films The Girl Before

Filming begins this week on The Girl Before, starring Gugu Mbatha-Raw and David Oyelowo.

Pablo Larrain’s feature about Princess Diana, Spencer, is now filming its final stint in the UK, having been based in Germany since shooting began earlier this year.

David Thewlis has joined Olivia Colman to lead the cast of Landscapers, a Sky Original drama currently in production.