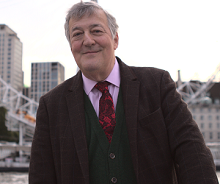 Stephen Fry will front a feature-length documentary from Spun Gold TV in which he takes viewers through his top 21 ‘firsts’ of the 21st century.

For delivery to ITV, 21st Century Firsts will highlight some of the breakthroughs in medicine, technology, sport and culture as it charts the rise and fall of the so-called Fourth Industrial Revolution.

Alongside Fry, the programme interviews experts on the advances as well as the ordinary people who were involved in these firsts – such as the woman who was the voice of the first sat nav.

Daniela Neuman, MD of Spun Gold TV says: “The last two decades have fundamentally changed the way we all live, work and relate to each other. This ITV special commemorates and celebrates 21 years of extraordinary advancement for humankind, in an entertaining, roller-coaster of a ride.”