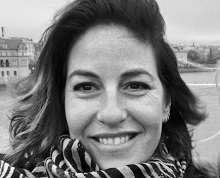 The London office is a production hub to service the south of England.

LS Productions now has an in-house production team of twelve around the UK, led by head of production Jo Coombes.

Fetterman’s remit will include service-producing a wide range of content including commercials, fashion editorials, longform and television.

With a two-decade background in producing commercials, Fetterman has been freelance for the last ten years, working with brands including Apple, Samsung and Facebook.

She said of the appointment: “The second I met the leadership team, I knew I wanted to join LS. The company’s reputation and work speak for itself. I’m looking forward to working with this fantastic team and the clients that come and shoot with us!”

LS Productions has expanded considerably since establishing its HQ in Edinburgh thirteen years ago: the company now has a production office in Manchester, as well as the new London branch, which opened in Old Compton Street last week.

The company now has a team of 30 across its UK in-house team.