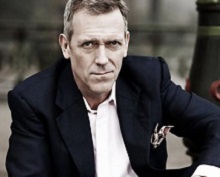 Hugh Laurie stars as Peter Laurence, a forceful and self-made Conservative minister whose life seems to be falling apart as revelations spiral about his personal life.

The Forge – with whom Hare collaborated on his last TV drama, Collateral - is making the four-part series for BBC One with Michael Keillor directing.

Hare said of the project: “I first worked with Hugh Laurie in 1987 when he set off on his riveting change of direction from adroit comedian to commanding dramatic actor. I can’t wait to see him embody the fictional future of the Conservative party in Roadkill.”