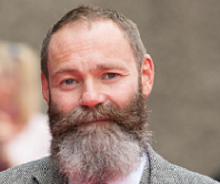 God’s Own Country director Francis Lee is lining up his next feature project, Ammonite.

Lee (pictured) will be calling the shots on the 19th century period drama from his own screenplay.

It is his second full-length film – his debut, God’s Own Country, opened to critical acclaim in 2017 and won a plethora of international awards, including the world cinema directing award at the Sundance Film Festival, where it was the only UK production to feature in the world drama category.

The feature followed a young Yorkshire farmer whose life changed with the arrival of a Romanian migrant worker.

Production Intelligence subscribers can log in for more on Ammonite, including the production company, producer, line producer and schedule.