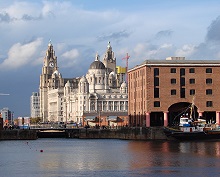 This week sees the start of filming on several UK-based scripted projects including a new factual drama about one woman’s search for justice following the Hillsborough disaster.

Anne is a 4 x 60 drama from World Productions for ITV. Written by Kevin Sampson, it centres on the true story of Anne Williams and her long campaign for justice following the death of her teenage son Kevin at Hillsborough in 1989.

Elsewhere, London and Kent are the main filming locations for Queens of Mystery, a new comedy drama that begins filming this week.

The series comprises three feature-length episodes and comes from Sly Fox Productions. It is the latest original drama commission from Acorn TV, following the company’s greenlights for London Kills and a new series of Agatha Raisin.

Cameras also roll this week on a new comedy written by and starring Rufus Jones. The 6 x 30 series for Channel 4 centres on a Syrian refugee living with a British family. Adam Tandy produces for Jantaculum, working alongside Channel X producers Alan Marke and Jim Reid.

Two returning series also begin shooting this week: The fifth and final series of Poldark is now underway in Bristol and Cornwall, while the third series of Mum, starring Lesley Manville, also goes before the cameras in London.

Production Intelligence has more on all these projects including HoD details. Non-subscribers can click here to request a free online demo.