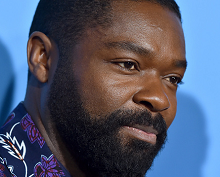 A new origins story about Peter Pan and Alice in Wonderland is now in pre-production in the UK with David Oyelowo and Angelina Jolie set to star.

Come Away will be the live-action directorial debut of writer and animation story artist Brenda Chapman who, in 1998, became the first woman to direct an animated feature for a major studio when she helmed DreamWorks Animation’s The Prince of Egypt.

Chapman went on to co-direct Brave for Disney/Pixar, becoming the first woman to win the Academy Award for Best Animated Feature.

It is being set up as a prequel to Alice in Wonderland and Peter Pan, and set in a world where the two are brother and sister. Jolie and Oyelowo will play their parents.