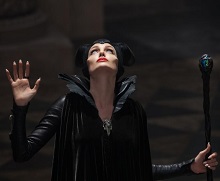 Principal photography is underway in the UK on Maleficent 2 starring Angelina Jolie.

The film is a follow-up to the 2014 feature that became the fourth highest-grossing film of that year, with worldwide box office receipts of more than $758m.

The sequel is directed by Joachim Ronning and is the latest in a long line of Disney films to shoot in the UK, with the studio’s The One and Only Ivan and Artemis Fowl also currently in production.

Aladdin, Mary Poppins Returns, Dumbo and Christopher Robin are among the Disney films that filmed largely in the UK last year.

Inward investment projects are breaking production spend records in the UK: BFI stats released earlier this year showed that visiting feature films spent nearly £1.7bn in the UK in 2017 – the highest figure since records began and a 23% increase on the previous year.

Production Intelligence subscribers can log in for more on Maleficent 2 including the studio and several UK HoDs.

A starry cast led by John Boyega, Jack Reynor, Jodie Turner-Smith and Felicity Jones are gearing up to film IRA thriller Borderland in the UK later towards the end of the year.