Filming begins on Manhunt and Hanna 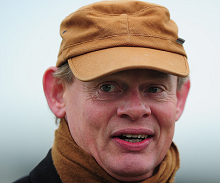 Principal photography is now underway on two new dramas, one an international co-production and the other a true-life UK crime story.

Cameras also started to roll this week on Hanna, a TV adaptation of the 2011 feature of the same name. The series comes from Working Title Television and NBCUniversal for Amazon Studios.

Pre-production has been underway in Hungary, one of the several filming locations that include the UK, Slovakia and Spain.

There are more details on both dramas listed for subscribers on Production Intelligence. Non-subscribers can click here to request a free online demo.