Filming on Hanna to include UK 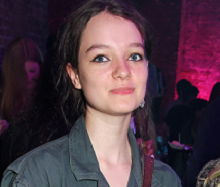 The major new TV adaptation of the 2011 feature, Hanna, is gearing up to film in several European locations including the UK.

The production is currently setting up in Hungary and will also visit Slovakia and Spain during the lengthy shoot.

Production Intelligence subscribers can log in for details on the shoot dates and key hires including several UK HoDs such as line producer and production co-ordinator.

Seasoned writer David Farr (McMafia, the Night Manager, Spooks) has penned the drama that was ordered straight to series by Amazon Studios. It comes from Working Title Television and NBCUniversal.

Farr co-wrote the original feature that centres on a young girl who grows up in the wilderness of Finland and is trained as an assassin by her ex-CIA operative father.

Hanna is one of several dramas listed on Production Intelligence currently in pre-production. PI subscribers can log in and follow projects, people, studios and locations. Non-subscribers can click here to request a free online demo.