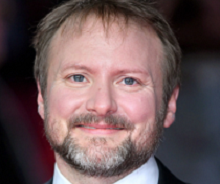 The first in a planned trilogy of Star Wars-related films could be set to film in Scotland.

According to a report from The Scotsman, quoting a source talking to the Sunday Mail, the feature will head to The Rest and Be Thankful - a dramatic pass of around 800 ft in height that lies between Loch Long and Loch Awe and divides Glen Kinglas from Glen Croe.

The outlets suggest the film could also utilise other locations in the Argyll area.

In November it was announced there would be three new films that, although set in the Star Wars world, would be separate to the Skywalker story. Rian Johnson, who directed Star Wars: The Last Jedi, is set to helm.

Although Scotland has hosted some big-budget, high-profile features such as Avengers: Infinity War, it has been largely for exterior location shots due to the lack of a dedicated studio space. However, this is set to change as planning permission in principle was granted last year for the development of Pentland Studios that could offer up to half a dozen sound stages.

The Scottish government remains under pressure to provide a major filming facility – as the UK continues to attract bumper inward investment projects from around the world, studio space is increasingly in demand around the regions and nations.