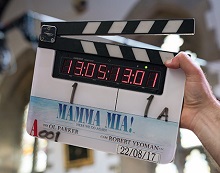 Statistics published by the BFI today show that the total UK spend for film in the first nine months of this year was a record-breaking £1.8bn, with the vast majority of this coming from overseas projects.

Of the total spend, a whopping £1.6bn came from inward investment features, which was up on the same period last year (£1.1bn) with £175m spent on domestic film projects.

Another record was broken in the number of films beginning principal photography in Q1-Q3. At 160, this is the lowest since analysis began, although this could be revised upwards as in previous years, as more information becomes available.

Of the 160, 92 were domestic films such as Johnny English 3. Inward investments projects which set up UK shoots in Q3 included Aladdin and Mamma Mia! Here We Go Again. 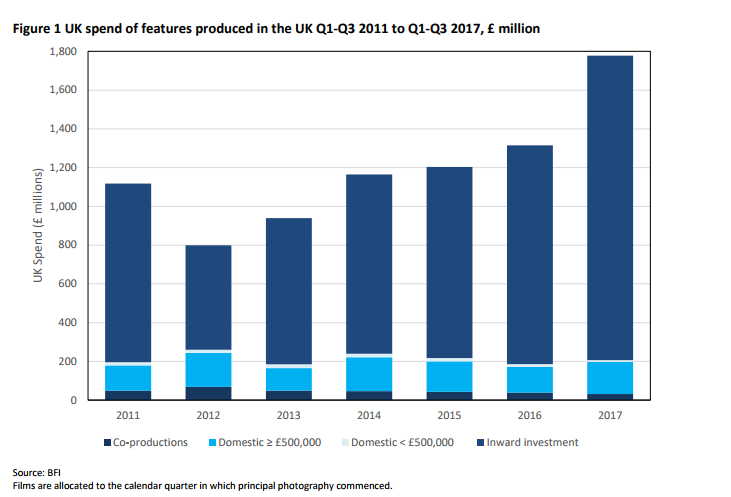 Co-production features - such as The Little Stranger - were also on the wane, continuing a downward trend since 2013.

This total of £516m represents 62 high-end TV projects setting up in the UK in the first nine months of this year, of which 33 were domestic programmes.

Fourteen animation programmes began production over the same period, spending £45m, of which £33m was domestic.