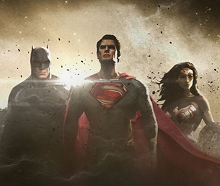 An historic agreement has been reached that will see a significant improvement in conditions and benefits for crew working on major feature films in the UK.

The Pact/BECTU agreement, which is the first of its kind in the UK, covers crew engaged on productions with budgets equal to or more than £30m.

It will be implemented on 2 April 2018, after nearly 90% of the freelance members voted yes to the changes.

The deal is the climax of several years of negotiation and covers workers at all levels and across departments, including camera, lighting, sound, costume, hair and make-up, locations, art department and props.

The agreement includes payments for night work, overtime, sixth and seventh consecutive days working, Time off the Clock (TOC), restricted prep and wrap, meal break penalties and the removal of the grace period.

For prep and wrap workers the deal marks a significant improvement. At the moment, while a film will typically ask for an hour each side of the day inclusive of workers’ pay, the new agreement caps this to a maximum of 30 minutes on each side of the day.

BECTU’s costume and wardrobe department drew up figures to demonstrate the benefit of this in practice: a member of this department working a 10-hour day with one hour’s prep and one hour’s wrap will move from earning £270 a day to £319 after the agreement’s implementation.

“This surge in production levels is being fuelled by Hollywood studios choosing to utilise our members’ services. Therefore, for the first time the talent, skills and expertise of our members will be recognised in a detailed collective agreement.”

Iain Smith, British Film Commission chair, said: “In order to continue to build on the considerable success the British film production industry has enjoyed these past few years, it is crucial to have industrial stability.

“We are all a part of this success and all of us must continue to work together to understand and respect the issues that affect us, and to maximise the benefit of working together to protect our industry. This agreement is a huge step forward and I congratulate all of you who worked so hard to achieve this happy result.”

Chief executive of The Production Guild, Alison Small, said: “The Pact/BECTU agreement for major feature films allows for crew and producers alike to have clarity around the terms and conditions of employment on these films which is very positive.”