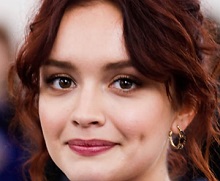 It’s a busy week for UK crew as several long-form TV dramas start filming as well as a domestic feature.

Olivia Cooke plays Becky Sharp in the 6 x 60 which is produced by Julia Stannard and directed by James Strong. Production Intelligence first listed the drama in March and we have since updated with HoDs including the line producer and DoP.

Filming also began yesterday on another Mammoth Screen period drama, Poldark. The fourth series comprises eight episodes with the production based at its usual home, The Bottle Yard Studios in Bristol.

Principal photography will run for five months on the BBC One show, which was detailed on PI in June; log in for more on the main production personnel attached including the production designer and location manager.

Shooting began yesterday on the third series of Stan Lee’s Lucky Man for Sky 1. James Nesbitt reprises his role of the DI with special powers in this run, which will see a brief stint of filming in Hong Kong where some of the story is set.

PI has listings for key crew such as the DoP, casting director and producer.

This week saw the start of principal photography on Two For Joy, a feature film starring Billie Piper and Samantha Morton. Filming takes place in Dorset and South Wales with Tom Beard directing from his own screenplay.

The feature is from Blonde to Black Pictures and was developed with Creative England. It first appeared on Production Intelligence in February with updates since on the main team and locations.