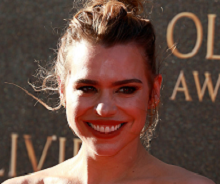 Pre-production is underway on Two For Joy, starring Billie Piper and Samantha Morton, with principal photography due to begin in late summer in Dorset and south Wales.

The feature is described by the producers as a “raw, unapologetic coming-of-age story”. It explores the fractured relationship between a teenage daughter, her bed-ridden, depressive mother (Morton) and her wayward younger brother.

Tom Beard, who directs his own screenplay, conceived and developed Two For Joy over the last six years using a series of short films and photo projects.

The film, which was developed with Creative England, is from Blonde to Black Pictures, the production company founded in 2012 by Sadie Frost and Emma Comley. The pair produce alongside Mat Wakeham and Michael Wiggs with Andrew Green exec-producing. Two For Joy will be the shingle’s third feature, following Buttercup Bill and Set the Thames on Fire.

Production Intelligence subscribers can log in for more details on the feature including shoot dates and key hires such as the line producer, DoP and location manager.