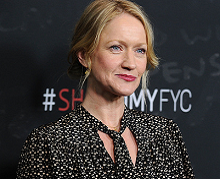 BBC One has confirmed a new drama from prolific writer Danny Brocklehurst to be produced by Red Production Company. Production Intelligence subscribers have been following Come Home on the site since we first listed it in February.

The show will film in Northern Ireland later this year and be delivered as a 3 x 60. It centres on the fallout when a family has to deal with the shattering news that the mother (played by Paula Malcolmson, pictured) has decided to leave her husband (Christopher Eccleston) and their three children.

Brocklehurst and Nicola Shindler’s production company Red have a long history of working together. Past collaborations include Ordinary Lies, The Five, The Driver and Exile. Red is currently in production on Safe, created by Harlan Coben and written by Coben and Brocklehurst.

Come Home is executive produced by Shindler, Brocklehurst and Tommy Bulfin for the BBC with Madonna Baptiste producing.

PI subscribers should log in and follow Come Home as we will be returning with updates as more key names board the project and the filming schedule is locked down.

Bulfin said of the commission: "It’s a joy to welcome Red, Danny and Chris [Eccleston] to Northern Ireland, and welcome Paula back to film in her home town of Belfast to work with some of the best local creative talent. Come Home continues the success of BBC drama production in Northern Ireland, representing Northern Ireland to audiences across the UK and internationally.”

Non-subscribers can click here to request a free online demo of Production Intelligence.