Gemma Arterton to star in Summerland 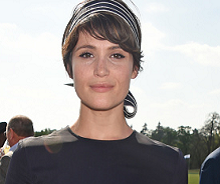 Gemma Arterton is to team up once again with theatre director Jessica Swale in Summerland, set to shoot in the UK in late summer.

Screen first reported the news, confirming that Swale would direct from her own screenplay. The film is set during the Second World War, which centres on Arterton’s Alice, who reluctantly take in a young evacuee boy.

Summerland is produced by Guy Heeley of Shoebox Films.

A line producer and casting director are also on board, with names to be announced on Production Intelligence once dates are more firmly locked down.

Arterton was directed by Swale on stage in period drama Nell Gwynn when it transferred from The Globe to the West End early last year.

Shoebox is also developing Radioactive, due to film later this year. With a screenplay by Jack Thorne, the feature centres on the lives and work of Marie and Pierre Curie.

More details on these can be found on Production Intelligence; non-subscribers can click here to request a free online demo.