The UK leg of filming on Warner Bros.’ reboot of Tomb Raider is due to begin after Easter. 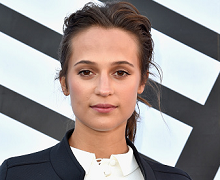 The film stars Alicia Vikander as adventurer Lara Croft with Dominic West as her father and Walton Goggins as the villainous Mathias Vogel.

Norwegian director Roar Uthaug is at the helm, calling the shots from a screenplay by Geneva Robertson-Dworet. Graham King and Gary Barber produce.

Filming began on Tomb Raider in South Africa in late January; the team will set up in the UK ready to begin filming straight after Easter. PI subscribers can log in for details on shoot dates, the studio and key UK hires including the UPM, production co-ordinator, production designer and location manager.

Warner Bros. is also in pre-production on the second in the series of Fantastic Beasts films, which is set to begin principal photography this summer. Already listed on PI are the names of the UK exec producer, UPM, casting director and location manager.

Non-subscribers can click here to request a free online demo of Production Intelligence, which currently has listings for around 200 projects in production.