Drones - it's not what you fly, it's who flies it 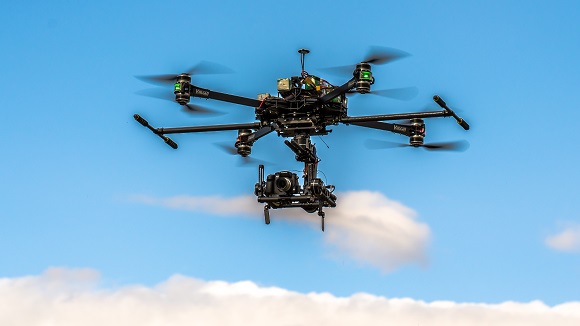 “The days when drones were the sole domain of big-budget productions are long gone” says Jayne Leponis of The Moving Image Film Company, “even modest budget independents can now afford to incorporate a UAS (Unmanned Aircraft System) in their production.”

Hers is a view shared by Serge Kouper of London’s CamFly Films, which, like many aerial cinematography providers, caters for both ends of the budget spectrum. “With regards to image quality, there really is little to no compromise when using lower end drones,” Kouper explains, “especially when shot under good weather conditions with plenty of available light.”

“In any case, the real issue is not the drone itself, or the quality of the camera on board, what matters is the operator piloting the drone, and this, unfortunately, is something many filmmakers fail to understand”.

There seems to be an assumption within the filmmaking community that you can just purchase a drone and start filming straight away. But in fact, there are quite a few vital matters to consider prior to any commercial lift-off. 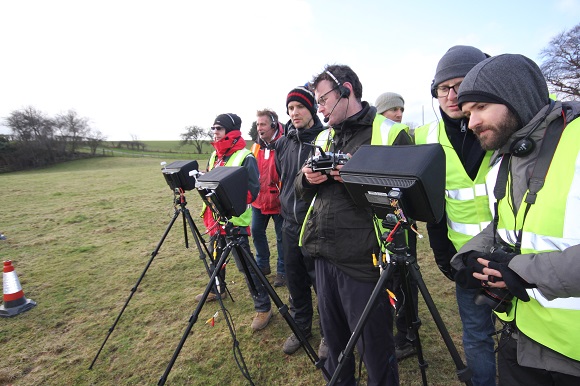 Justin Adams, managing director of LA Media (whose clients include BBC, Channel 4, O2 and Renault) agrees wholeheartedly with this argument. Referring to both companies and filmmakers, they are, according to him, quite often unaware of CAA safety regulations.

These regulations form the obligatory operating licence and state the various permits and permissions that must be in place before flying can begin.

Adams says: “UAS manufacturers like DGI present drones as user-ready and super-friendly, and this can be misleading. We find ourselves advising filmmakers and clients about not just safety but about what a drone shoot actually entails.” 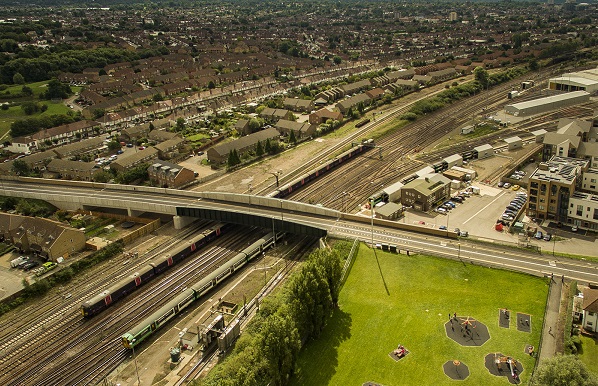 So, when asked by filmmakers and producers which drone to invest in, Justin’s reply is always the same: “Invest in people who will operate the camera and fly your drone safely. Creating the shot on camera, keeping an eye on the drone when it’s flying and watching your own back at the same time involves more than one experienced person in order to do it safely.”

On the ground, Justin himself serves as flight support and flight observer, while fellow LA Media crew are communicating with the director and production team about the shot. “All this activity would be very challenging for a single operator to maintain,” he says.

The provision of a dedicated operator seems to be an industry norm; even the smallest drones from CamFly and The Moving Image Film Company come with an operator, while the latter’s larger rigs employ three, maybe four operators.

Furthermore, these busy providers routinely employ specialist staff such as a focus-puller, and invest in specialist equipment which, to a single filmmaker, could prove beyond reach. 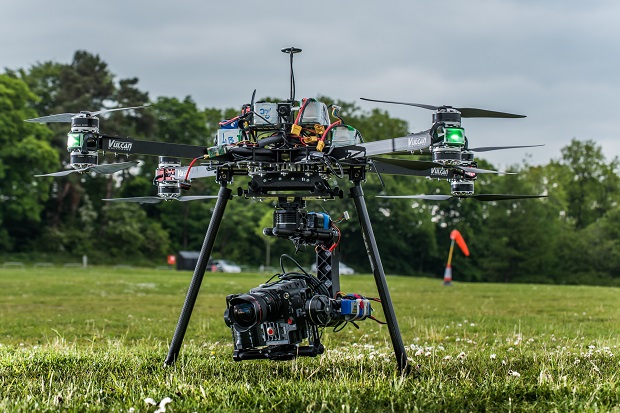 At the high end of the filmmaker drone market are users who commission purpose-built units to suit specific needs, turning to makers such as Aerial MOB (MTV, Warner Bros/The Mentalist) which builds its own drones. These purpose-built units can cost as much as US $30,000 (renting for $5,000 to $14,000 a day). Huge budget Hollywood productions can easily exceed this amount.

The ‘ready to use’ UAS market, however, is considered to be fairly dominated by Chinese company DJI, maker of the popular 4k camera-enabled Phantom and Inspire range.

LA Media’s Justin Adams’s somewhat cautionary advice regarding fixed drone cameras is that “much like smartphones, camera technology changes all the time, so runs the danger of becoming dated.” Another reason to seek advice from the pros.

If you want to know more about Drones, please take a look at this list of suppliers on The Knowledge.