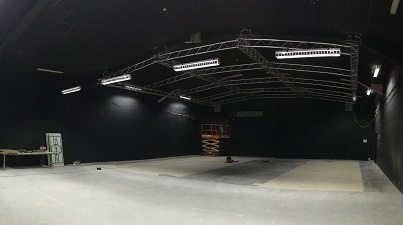 Production company Spectrecom Films has acquired a new studio space at Kennington, and like its predecessor Waterloo Studios, it will be available for hire.

Spectrecom Films, as well as an experienced studio operator, is an expanding independent production company creating branded content and TVCs for clients such as Tilda, RSPCA, BMW, Stella Artois, Barclays, Guinness and American Express, amongst many others. They also boast a new TV development section.

With an established client list already built we asked executive creative director, David Stell, on the move: "A bigger studio will always help, unfortunately they're turning Waterloo in to residential properties. So, rather than reducing in size we're moving upwards."

On having access to a high-specÂ Central London studio he said: "With the amount of studios closing down or getting smaller, I definitely think being in Central London is key, especially for international clients. They want to be close to their hotel and their amenities, they don't want to be outside London travelling all over the place after long shoot days."

He added, regarding the larger studio: "Diversity is a big addition. We can now put audience shows in the studios and have audience participation. Refurbished green rooms, high level catering. Everything is much better."

The studio is being marketed for dry andÂ wet hire from the end of October 2014. Waterloo Film studios currently has no fixed date for closure, however the studio is set to officially close once Kennington is fully operational and the new studiosÂ will simply be branded Spectrecom Studios.