Could Scotland be about to get a film studio? 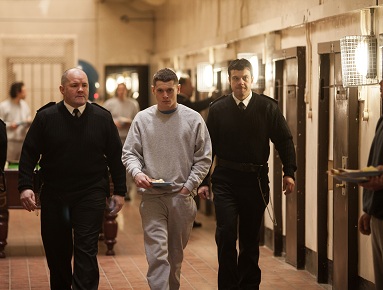 According to local press reports, Scotland may be about to get a purpose-built film and TV studio.

A 'planning application in principle' has been submitted to Midlothian Council from developers to include the new facility in Straiton as part of a leisure park, hotel and residential complex.

The submission has been made by Pentland Studios LimitedÂ  and is apparently referred to in planning documents as the 'Scottish Film Studios'.

In early October, a public consultation event will be held which will doubtless reveal more details. The proposal - ris directly connected with development plans to realign a major road, the A701, to run through greenbelt land, which would open up the area to developers.

If approval is granted, the new studio - reportedly costing Â£40m - would be the answer to a huge groundswell of opinion that Scotland has been left behind in terms of film and TV studio provision. The suggestion is that it would open in 2017.

What with Wales getting its very own Pinewood towards the end of the year, Warner Bros. Leavesden. Pinewood and Titanic Belfast expanding and many other regional studios bulging at the seams, it certainly seems to be Scotland's turn to get a sizeable, state-of-the-art studio.

The call for a new facility culminated in a report commissioned by Scottish Enterprise published in March, which came out firmly in favour of Scotland having its own film studio, actively encouraging private sector proposals and aiming to respond to the "surge of interest" in film production, in no small part due to the attractive tax relief.