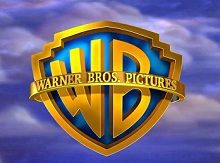 The Government has just announced that behemoth Hollywood studio Warner Bros. is to build three new sound stages at its UK HQ at Leavesden.

The news comes just two years after the Â£100m redevelopment work on the site which has since seen major blockbusters moving in, the latest of which is Tarzan which started filming yesterday.

As with many UK studios, the facility has been bulging with productions over the last few years so the state-of-the art stages - one of 35,000 sq ft and two of 17,000 sq ft - will make a massive difference.

Culture secretary Sajid Javid said: "For years the UK has been at the cutting edge of the creative industries - and we want that to be the case for decades to come." Josh Berger CBE, president, Warner Bros, added: "The UK is known for world class creativity and innovation, and some of Warner Bros.' greatest successes have been produced here with British talent, at the studios we're continuing to invest in and grow."

Other changes within the new strategy include cutting down on the bureaucracy involved in obtaining permission for filming on location - a consultation on this is due soon.

And coming hot on the heels of the news that Pinewood has also been granted permission for expansion, it all bodes very well for UK crew in the future.