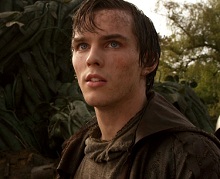 Filming starts next month on the big screen adaptation of John Niven's book, Kill Your Friends, with Nicholas Hoult on board to star.

Niven's novel, first published in 2008, is set during the height of Britpop in the late 1990s. It centres on Steven Stelfox (Hoult), who, dissatisfied with his lot as an A&R man in a London record company, begins a cocaine-fuelled quest for fame and fortune by nefarious and murderous means…

Filming begins in March on the feature, which is executive produced by Steve Norris (Belle, Dom Hemingway). The producers are Gregor Cameron and Will Clarke, with director Owen Harris calling the shots from Niven's screenplay.

Further information on Kill Your Friends, including key hires such as production manager, line producer and casting director, can be found on Production Intelligence, along with shoot dates and studio details.