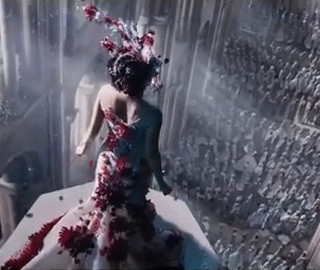 The first trailer for Lana and Andy Wachowski's Jupiter Ascending has arrived, and by the look of things, the sci-fi film could be even more eye-popping than the siblings' Matrix trilogy. Partly filmed in the UK at Warner Bros. Studios Leavesden, it stars Mila Kunis and Channing Tatum who battle to save the universe.

The producers have certainly gone to town by way of casting the cream of British talent, with the likes of Sean Bean, Eddie Redmayne, Tim Pigott-Smith, James D'Arcy, Tuppence Middleton and Douglas Booth taking on supporting roles.

The Warner Bros. film is scheduled to be released summer 2014.

Further information on Jupiter Ascending can be found on Production Intelligence, our online subscription database of advance and archive productions.
Â