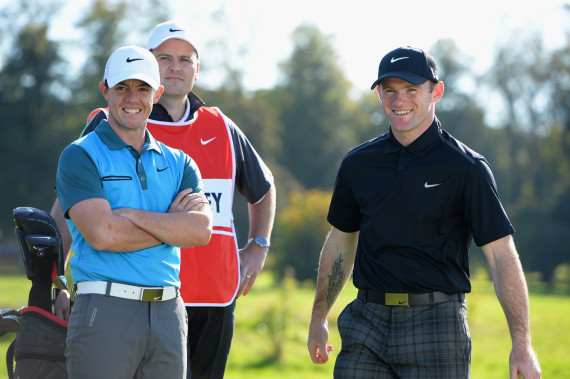 Made by Wieden+Kennedy's Sao Paulo office and British ad and music video director Daniel Kleinman (who has also designed the title sequences for several Bond films), the spot also features the very apt soundtrack of Bing Crosby's Straight Down The Middle.

The commercial sees the two sporting stars exchange several shots on the golf course, but instead of using a golf ball, Rooney kicks Nike's Ordem football and achieves just as impressive results.

Not content with two sporting legends, the commercial also features a cameo from Ronaldo, who by the look of things has clearly been enjoying his retirement.

The commercial is just one of a myriad of impressive ads the word famous sports brand has released over the years. Click here to see our top 5.
Â