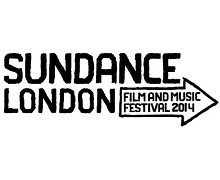 Film festival Sundance London is to take place from 25-27 April at London's O2. Highlights for next year's event include an expanded filmmaker development programme as well as the return of the Sundance Short Film Competition and Shorts Workshop.

John Cooper, director of the festival, said, "We look with great excitement to hosting the third Sundance London in April. In keeping with the event's purpose of celebrating independent artists, the Short Film Competition and Workshop allow us to tap into the vibrant artistic community in the UK and connect that work with audiences at the festival."

The festival presents a cross-section of films from the Sundance Film Festival, ranging from documentaries, narrative features and short films from across the globe. As well as the crop of filmmaking talent, from established to first time directors, Sundance London will also feature live music, panel discussions and special events.
Â

Filmmakers will get the chance to have their short film screened at the festival. The submission deadline is 3 March, with voting taking place between 4-18 March. Films must be 3-5 minutes in length and be inspired by a theme. For further details, click here.

For further details and how to apply for tickets for Sundance London, click here.