The Avengers: Age of Ultron

What is the collective noun for superheroes? A bolt? A flex? A bodysuit?

There will certainly be a lot of them anyway, when The Avengers: Age of Ultron begins filming here in the UK from spring 2014. We rather hope they will be out and about on the Tube in full costume to brighten our commute.

The film is the eleventh outing for the juggernaut that is the Marvel Cinematic Universe, and will be based primarily at Shepperton Studios. Seasoned Marvel helmer Joss Whedon is back in the director's chair for this one, calling the shots from his own screenplay. Kevin Feige produces. 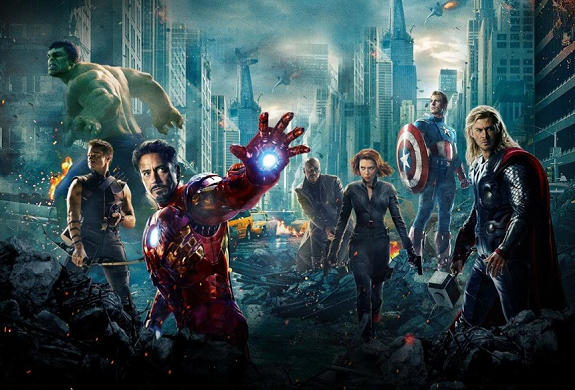 It would be hard to imagine a starrier line-up: Robert Downey Jr is back as doe-eyed genius billionaire playboy Iron Man/Tony Stark, with Scarlett Johansson slithering back into the bodysuit to play Black Widow/Natasha Romanoff. Australian hottie Chris Hemsworth hammers the role of Thor, while Chris Evans (no, not that one) is back from suspended animation to reprise his role of Captain America/Steve Rogers.

And it doesn't end there. Mark Ruffalo returns as The Hulk/Dr Bruce Banner, a man with serious anger issues - not least the fact he turns a rather Farrow and Ball-esque shade of green when riled.

Elisabeth Olsen is joining the fun as Scarlet Witch/Wanda Maximoff, Quicksilver's telekinetic, spell-casting twin. Quicksilver/Pietro Maximoff himself is played by Aaron Taylor-Johnson - as you may have guessed by his name, Quicksilver's USP is his superhuman speed.

And, providing the 'boo, hiss, he's behind you' factor is James Spader as Ultron, a power-crazed individual with a rather overblown sense of self-worth. We think Spader's stillness and somewhat deadpan demeanour could actually be rather sinister, and look forward to seeing the Lincoln actor taking on our (super) heroes. 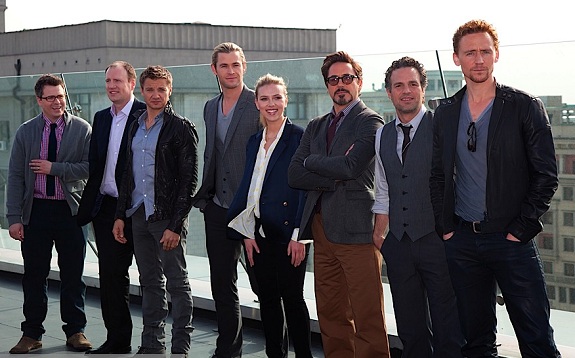 The Avengers: Age of Ultron is one of many US big hitters choosing the UK for filming. For which we are Very Glad Indeed.

So, signing off now is your author Juniper Ice (whose unique superpower is to make a G&T vanish into thin air) /Nia Daniels.

Further information on the film can be found on Production Intelligence, our online database of advance and archive productions.