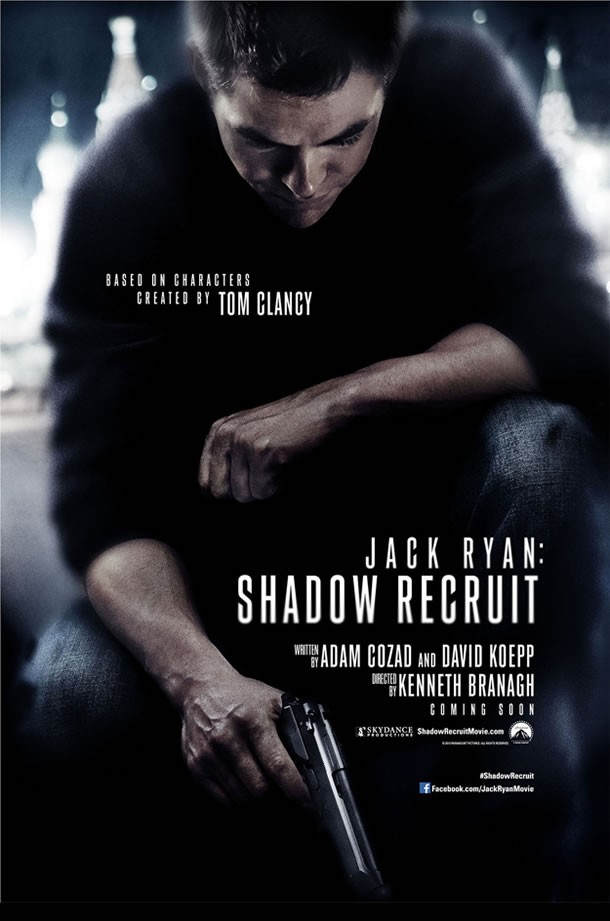 The trailer for Kenneth Branagh's Jack Ryan: Shadow Recruit has arrived, featuring Chris Pine having a punch-up in a loo and Branagh doing his best baddie impression - with a Russian accent.

The film was shot around this time last year at Pinewood Studios, which is currently home to Branagh's latest movie Cinderella, a major Hollywood re-imagining of the classic fairy tale.

Shadow Recruit marks the first Jack Ryan film not to be based on a Tom Clancy book; this time it's an 'origin story' and comes from screenwriter David Koepp, whose credits include Jurassic Park, Spider-Man and David Fincher's Panic Room.

The film has all the ingredients of a sure-fire hit - Branagh is more than capable of delivering an action-packed flick (Thor was rather good wasn't it?); it boasts an impressive cast including Kevin Costner, Keira Knightley, Branagh himself (as the central villain Viktor Cherevin) and of course Chris Pine as Ryan (an actor who did a good job as Kirk in J.J.Abrams' reboot of the Star Trek franchise).

Take a look at the trailer below - will the film be as good as previous Jack Ryan films such as The Hunt for Red October and Patriot Games? We'd love to hear your thoughts - you can comment below or via our Facebook page.
Â