Who will be our future TV producers? 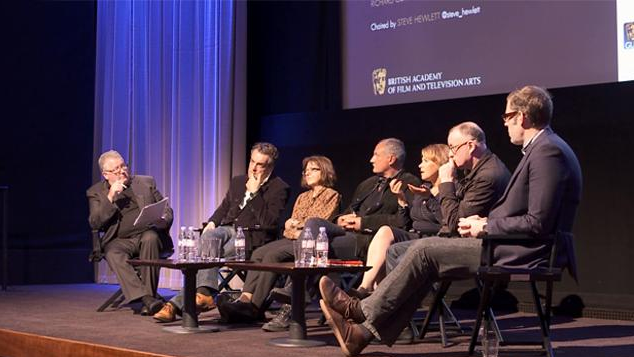 A few weeks ago The Knowledge attended the second ever TV Question Time at BAFTA, where a panel of TV experts discussed the current state of the industry and the visions they have for the future.Â

After talking about the pitfalls of commissioning as well as pitching and producing, the conversation turned to the lack of diversity in the industry and how to continue with the elephant in the room: unpaid internships.Â

It was an audience member who started the debate, asking about the representation of different ethnic and cultural backgrounds on British TV; did the panel feel like TV was doing enough to represent reality?

Diversity for the sake of it?

For sure the ethnic make-up of the UK has changed and current TV shows will try to show this, however, ethnicity isn't at the core of these programmes as is the case with, for example, Citizen Khan. The audience at the event seemed to feel certain productions just made sure they quota-mindedly adhered to what the public was 'expecting to see'.Â

"We live in an extraordinary country and have to reflect that,"says Osman. "In the shows Endemol produces we are constantly on the lookout for more diversity but the reality is that most people applying for shows on television are white men." This appears to be the case on, as well as behind the screen.

Heggessey says this is due to a lack ofÂ "equality of access", an issue which currently is very much on everybody's agenda - and if it isn't it should be.Â

It is easy to blame inequality on the background of the so called gatekeepers of British television but the fact is we need to move on.

The role of internships

Internships are there to offer people a chanceÂ to learn a profession, even those who do not have the funds to study at a college and/or university for a degree can reach for the top through a lot of hard work and dedication.

However, the latter element is taken out of the equation if these internships are solely offered in London (one of the most expensive cities in the world) and with no pay or any decent expenses. How then can we assure the television production industry is open to everyone, not just the rich (or at least the better off) who can rely on the financial support of their parents and support system? It is a message many organisations, and especially industry body Creative Skillset, have been trying to hammer home.Â

It seems like an easy, not too expensive policy for companies to adhere to, but what does the panel say? Endemol tries to limit these internships, or as Osman phrases it, "it's not our policy and we don't normally take on unpaid interns" - a sceptical person might read something between the lines here, especially considering the word 'normally'. Heggessey, now executive chair at Boom Pictures, says he