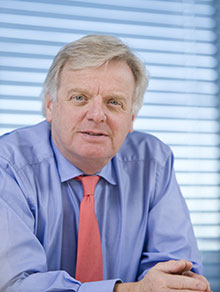 On the day that Pinewood Studios celebrates its 77th birthday, its chairman Michael Grade has said it needs to increase capacity amidst reports of high occupancy and positive financial results.

The news comes after the studios' expansion plans were quashed by South Bucks District Council back in May. A public inquiry into the decision will now take place from 19 November.

He added: "The company's preliminary results on 27 June 2013 for the year ended 31 March 2013, the company reported that it has made a positive start to the new financial year. This has continued across all revenue streamsâ€¦ The board looks forward to the future with confidence."

On Friday, the studio - famous for its 007 stage - completed work on a new 45,000 sq ft TV and film facility, called Q Stage (Pinewood isn't the only studio with plans to get bigger - Elstree has recently started work on their new facility).

Recent films to shoot at Pinewood Studios include Marvel's latest comic book feature, Guardians of the Galaxy; Cinderella, with Kenneth Branagh at the helm; and Fury, a WWII feature starring Brad Pitt. The films make up a plethora of big-budget films shooting in the UK.