Watch out for supernatural drama from Tony Jordan 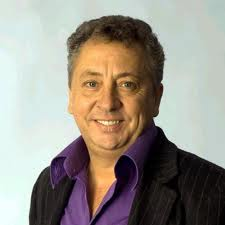 Legion is a ten part supernatural thriller about Nathan Jones, a criminologist who is devastated by the news that his daughter has an inoperable brain tumour. After a desperate quest to find a cure, Jones ends up in a very dark deal with the Devil - a contract with world-changing consequences.

Seasoned scribe Tony Jordan has been responsible for TV hits such as Life on Mars, Hustle and Holby Blue. He said of the new commission: "Legion is my ultimate passion project; the one that I have been working on and trying to perfect for almost fifteen years; the one that has sat in my bottom drawer just waiting for the right time and place for this story to be told."

Red Planet Pictures is certainly busy: the third series of Death in Paradise is currently shooting in Guadeloupe, and earlier this summer filming wrapped on By Any Means, a new drama starring Warren Brown as a maverick cop in a clandestine police department.

And the shingle also has two other projects in active development: The Great War, a period drama which begins shooting early next year (which forms part of the BBC's programming for 2014 to mark the centenary of the outbreak of the First World War), and Dickensian, a London-set Victorian drama.

Further information on the shows mentioned above can be found on Production Intelligence, our online database of advance and archive productions.Â