Hugh Grant back on the big screen? 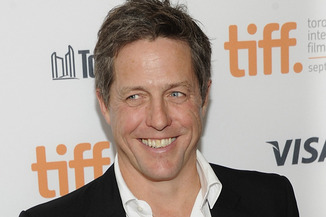 T'internet is buzzing with reports that Hugh Grant has signed on for Guy Ritchie's new film version of The Man From U.N.C.L.E.

Ritchie has already got Superman and the Lone Ranger lined up to star as Napoleon Solo (Henry Cavill) and Ilya Kuryakin (Armie Hammer) in the big screen adaptation of the hit 1960s spy drama and now it looks like Grant will be taking on the role of head of British Intelligence (next stop Bond?).

Other talent reported to have boarded U.N.C.L.E include Alicia Vikander (The Fifth Estate) and Elizabeth Debicki (The Great Gatsby). Shooting starts in September at Warner Bros. Leavesden, the Hollywood giant's UK outpost. The feature is just one of many big budget American projects using UK crew, studios and facilities over the coming months.

Film-wise, Grant has been relatively low key recently, although he did surprise with his six roles in the complex Cloud Atlas, a film which somewhat divided critical opinion. He is also playing Ray Michaels, a witty, Oscar-winning screenwriter who ends up jaded, broke and divorced and teaching in a college. Marisa Tomei co-stars in this romcom from writer/director Marc Lawrence.

And of course, Grant has been an instrumental voice in the Hacked Off campaign, the highly publicised body set up to lobby for an accountable and free press.

Hugh - you're on your way to becoming a national treasure and we're glad to see you back.

Further information on The Man From U.N.C.L.E can be found on Production Intelligence, our online database of advance and archive productions.