Studios Spotlight – Behind the scenes at Garden Studios 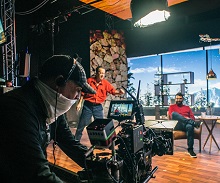 As studio space continues to be in high demand in the UK, we are looking at some of the facilties on offer, many of which are highlighted in our World of Studios - UK edition. Here we talk to Thomas Hoegh, founder and CEO of Garden Studios, about the past, present and future of the space.

Can you fill us in a little about the history and funding  of your facility?

Having been on the lot at Ealing Studios for 15 years, we had outgrown our facilities there and needed something to grow into. It took us three years to find the right space, and when we did, it was clear that it could become much more than just housing the new programs of Metfilm School.

The early part of the pandemic put many companies and investors in a state of paralysis. We used that period to get some favourable deals done and secure the first stage of footprint at Garden Studios on Waxlow Road [north west London].

We have to acknowledge that quite a bit of luck was involved. Who could have thought that we could get so much space contiguously and at the same time?

Since then we have expanded across the canal, purchased land and buildings to provide more varied space and the ability to build purpose-built facilities. We love the canal – our garden starts there. 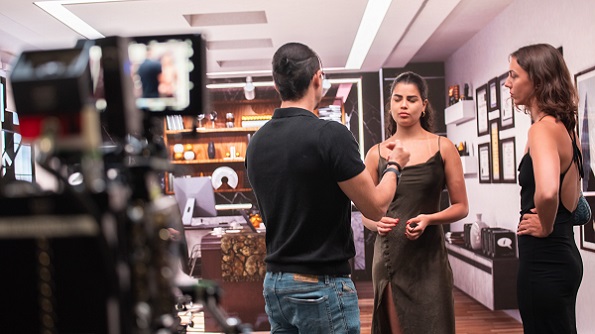 Can you tell us about any of the recent projects you have hosted?

We are under NDAs that limit how much we can say, but the vast majority of our projects have been feature films and high-end drama. Our stages are just about big enough to mount big sets and our overall size accommodate large scale production.

Having an onsite Virtual Production stage has also give us a wider range to offer clients. In addition to the dramas and documentaries, we have hosted 30 ad shoots with some of the leading brands of the world, as well as collaborated with great artists and filmmakers whom we take on as R&D clients at reduced rates. Virtual Production is still being developed and we want to be at the forefront artistically as facilitators of directors’ and DPs’ aspirations. 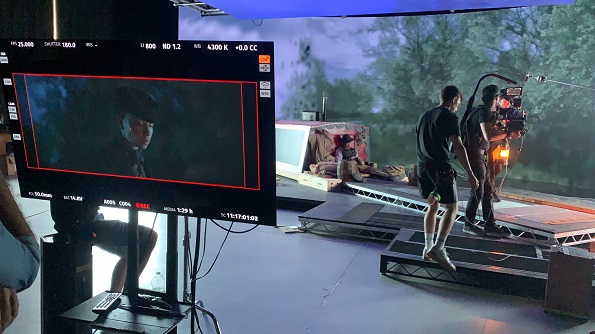 How do you view the current production landscape?

We are in the middle of a very healthy market. It is important to avoid being complacent about it and to strive to improve and offer a better and better service. There is no hiding that we have taken on a bunch of logistics buildings and turned them into studios, but step by step, we are shaping the whole area to become a production village with Garden Studios as one of several catalysts.

Park Royal is an amazing neighbourhood with so many like-minded film and tv companies, artisans and artists. We strive to pull together and help each other.

What would you say is your studio’s USP?

I hope Garden Studios will be known for great stages, great technology know-how, but most of all its people and ethos. We have chosen to embrace the local community as partners and try to live up to our own stated goals of being grounded and sustainable on all dimensions.

That is hard and will take time to live up to. It is much easier to look the other way when a production dumps a whole forest of wood into a skip rather than intervening and ensuring it gets reused by local artists, students or indie productions. 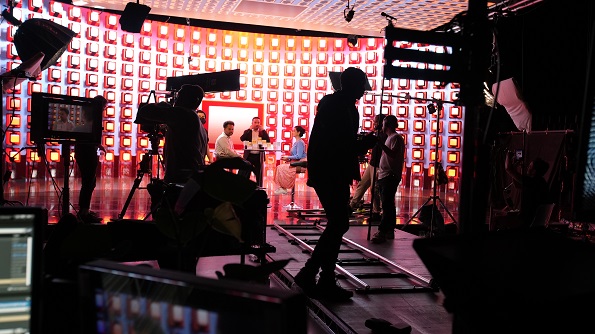 Could you talk a little about the virtual production side of your offering, and how you see VP in the future?

The VP paradigm has just got going. We see so many potential directions it can go into and develop further. Some of that is on the plate production side, some on lighting and some on the bringing it all together with standards and interoperability.

However, the most important development is on the people side. Producers need to try it out on real productions to bring directors, DPs, designers, and writers into how it works and can work for their stories. We host regularly seasoned creatives who want to learn and interact with a new generation who effortlessly adopt these tools as if they had always been with us.

Covid is a scary and unwanted disease that we want to shelter everyone from. We now know how, and with relative ease, productions have found a rhythm of when to scale up and down the measures. It does add costs but will no longer be as punitive as it once was. I do not regard is at a threat to our operation.

How do you see the future of production in your region?

West London is a great place for film and TV production, education, and relevant technology companies to locate. We also see Park Royal specifically as heaving with new companies moving out of Soho due to lower costs, but also have access to studios, workshops, and proximity to production. That trend is likely to accelerate in the years to come.

With many thanks to Thomas Hoegh of Garden Studios for his help in compiling this article.

To book a space in this year's World of Studios - UK edition, please email Sarah Keegan.

BBC Factual has commissioned a second run of Louis Theroux Interviews for BBC Two, in which the journalist and broadcaster will sit down for one-on-one chats with a new clutch of public figures and cultural icons.

With so many new and expanding studio spaces springing up around the UK, we are taking a look behind the scenes of some of the facilities – many of which are highlighted in our World of Studios - UK edition.