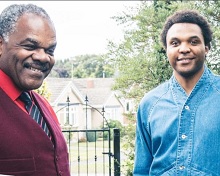 The support is designed to make the indies become more sustainable and successful, and will take the form of leadership coaching, workshops and masterclasses. Each indie will also be assigned to a commissioning editor to gain a better understanding of Channel 4’s commissioning processes and strategies.

To be eligible, indies must have at least 25% of shareholders from an ethnically-diverse background. Indies’ turnover must be less than £5m and they must not have had a Channel 4 linear commission in the past five years.

Channel 4’s director of commissioning operations Emma Hardy said: “We are delighted to be joining forces again with the TV Collective to deliver our Accelerator. A key part of Channel 4’s remit is to champion unheard voices and the Indie Accelerator will seek out ethnically diverse led indies that have not had a Channel 4 linear commission and help them to become more established in the industry.

“The new programme with business coaching and workshops is designed to develop new talent and increase leadership in the industry, elevating ethnically diverse led indies so they are well placed to secure more commissions and become thriving and more sustainable businesses.

“This is an important part of Channel 4’s Manifesto 4 Change which will ensure that The Black To Front Project continues to drive meaningful change in the TV sector.”

The TV Collective founder, Simone Pennant, commented: “I am very excited to partner with Channel 4 again on the Indie Accelerator. This important business opportunity supports existing Black, Asian and ethnic minority led companies to better understand the DNA of Channel 4 and grow their businesses.

“It is also an opportunity to introduce the channel to an array of exciting companies who have not worked with the broadcaster before or in the past five years; with the aim of diversifying the channel’s supply chain and the range of stories we see on screen.

“With so many lessons learnt during the first Accelerator, the new iteration of the Indie Accelerator really does illustrate Channel 4’s ongoing commitment to support Black, Asian and ethnic minority led indies - we are proud to partner on this project.”

This is the second iteration of the programme which is part of a two-year partnership with The TV Collective. The initiative has already resulted in commissions from a range of indies which include: Yorkshire Cop: Police, Racism and Me (Milk First) (pictured above); Dream Life for the Same Price (Afro Mic); Museum of Us (Uplands TV); and Jon & Lucy’s Christmas Sleepover (RangaBee).

A short webinar will take place on 20 July with the opportunity to ask questions about the programme. To register for the webinar, and for more details about the Indie Accelerator, click here.

The Welsh government has launched a scheme to develop the country's existing and future generation of screen industry talent.

Studios Spotlight: Behind the scenes at London Film Studios

With so many new and expanding studio spaces springing up around the UK, we are taking a look behind the scenes of some of the facilities – many of which are highlighted in our UK Studios Supplement