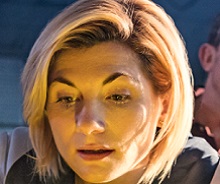 The high-end, purpose-built stages range from around 5000 sq ft to approx 12,300 sq. ft and are surrounded by ancillary areas, including 4,535 sq ft of production office space, set and prop storage, wardrobe and hair and make-up rooms.

The move forms part of the company’s pan-UK expansion strategy; it has operated George Lucas Stage Two at its Elstree Studios facility for the past nine years.

The facility has also achieved the Building Research Establishment's Environmental Assessment Method (BREEAM) ‘Outstanding’ certification which recognises the value of sustainable development. Areas of the eco-design include energy and water efficiency, materials, waste reduction and biodiversity. 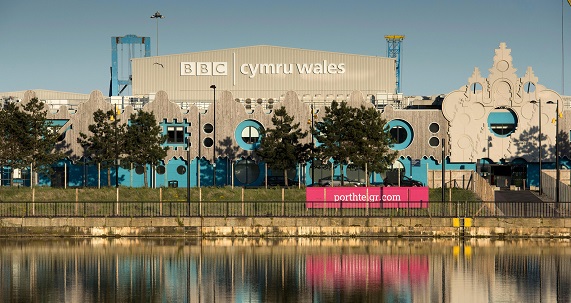 “Roath Lock marks another important step in our growth plans as we look to expand geographically and assess opportunities across the entertainment industry,” said Andrew Moultrie, CEO, BBC Studioworks. “We hope our arrival in Cardiff will be the start of a long and successful relationship, enabling us to significantly contribute to the continued success of this vibrant and creative local sector.”

Alan Bainbridge, director of BBC Workplace, said “We are delighted to be working again with Studioworks, supporting sustainable productions in modern, purpose built facilities which are accessible to all and in a beautiful location with great transport links.”

Gareth Powell, chief operating officer, BBC Cymru Wales welcomed the development. “Roath Lock Studios has successfully produced Casualty, Pobol y Cwm, Doctor Who plus other shows since it opened in 2011. In that time Roath Lock Studios has made a major creative and economic contribution to the creative industries and been a springboard for the now flourishing drama production sector across South Wales.

“With production of Doctor Who now moving a short distance to Wolf Studios we look forward to a continued flow of production business using these facilities, overseen by BBC Studioworks.”

Roath Lock Studios are ideally located in the Porth Teigr area of Cardiff Bay, near Cardiff’s city centre meaning the facility is easily and quickly accessible for productions.

Launched in 2021 and rapidly growing since, Garden Studios aims to be the most friendly, innovative, and sustainable film studio in London. Iris Campus Iris… more Call: 020 3034 0377   |   Add to Shortlist