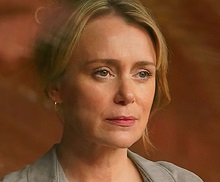 Crossfire is the first original TV series from Appletree Yard author Louise Doughty. Set in a luxurious resort in the Canary Islands, it is being made in co-production with Spanish free-to-air broadcaster TVE, in a deal struck by Fremantle, and in association with Buddy Club Productions, Hawes’ production company.

Sunbathing on her hotel room balcony while on a dream holiday with her family and friends, Jo’s (Keeley Hawes) world is turned upside down when shots ring out across the complex. Gunmen, out for revenge, then turn a slice of paradise into a terrifying hell.

It is directed by Tessa Hoffe and produced by Alex Mercer. The exec producers are Laurence Bowen and Chris Carey for Dancing Ledge Productions, Lucy Richer for the BBC, Doughty and Hawes.

Doughty said: “This is a drama about a group of ordinary people caught up in an extraordinary event - a gun attack on the hotel where they are staying. In extremity, each character is faced with a set of dilemmas: and at the heart of it is Jo, who booked the holiday and unknowingly put her family and friends - and herself - at risk.

“I'm fascinated by the idea of how so-called ordinary people respond to intense pressure and I couldn't be more excited to have written this drama for Dancing Ledge Productions and the BBC and to have the amazing Keeley Hawes in the star role.”

Carey added: “We’re so thrilled to be working with Louise Doughty. Already one of the most significant novelists of her generation it’s a real honour for us to produce her first original screenplay for the BBC. Crossfire demonstrates her considerable storytelling skills combining visceral edge-of-your-seat action with truthful and relatable characters.”

We are Baristaroo. We specialize in high quality espresso based Coffee / Hot drinks & Craft services served from one of our premium pink mobile… more Call: 07368 991874   |   Add to Shortlist