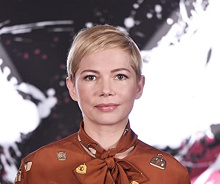 Firebrand marks the English-language debut of Brazilian director Karim Aïnouz, whose recent credits include Nardjes A., Central Airport Thf and Invisible Life, which won the Un Certain Regard Prize at the 2019 Cannes Film Festival. His feature Mariner of the Mountains receives its premiere at Cannes this week (9 July).

Tana said of the project: “I love all of Karim’s work to date and I’m so excited to be working with him. I know that Michelle will do glorious work with Karim. We’re going to be shooting at the beginning of next year and we’ve already assembled a great team with Hélène Louvart, Maria Djurkovic and Lisa Duncan as well as Nina Gold.”

Director Aïnouz added: “I could not be more excited to be bringing the undiscovered story of Katherine Parr to the screen, a ferociously brilliant woman who I am inspired by deeply and has been largely invisible, or certainly under-represented in English history…

“… This is a reimagining of a “period” film, a psychological horror film set in the Tudor court; a story of intrigue, agency and survival. Having Michelle Williams portray this remarkable woman, an actress of immeasurable talent and passion,  is a dream come true.”