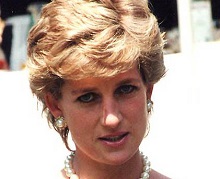 Diana, from 72 Films – makers of The Rise of The Murdoch Dynasty -  is a feature-length film aiming to tell the definitive story of the most famous woman in the world. The 90-minute special, told in the present tense, uses never-before-heard testimony and rarely-seen archive footage.

Bafta-winning Jemma Chisnall directs the documentary, with Mark Raphael and David Glover exec producing. Glover said: “There is something a bit magical about Princess Diana – and despite the difficulties in her personal life she managed to use her connection with people to do huge amounts of good.

“Her 60th birthday feels like the perfect time to re-examine her life and legacy and explore just how she went from a relatively unknown teenager to the most mourned person who ever lived.”

The other doc is Diana’s Decades, from Spun Gold. The 3 x 60 explores each stage of the princess’ life, showing how she channelled as well as influenced the zeitgeist at the end of the 20th century.

Each episode highlights how an era of her life encapsulated the spirit of the age and inspired profound social change.

The series includes rarely-seen archive footage against a backdrop of changing icons of the culture of the 1980s and 1990s.

MD of Spun Gold TV, Daniela Neumann, said: “Nearly 25 years on from her tragic death, Diana, Princess of Wales continues to lead our news bulletins and conversations not just in Britain but around the world. Diana’s Decades takes a fresh approach to recounting her life and legacy by looking at how she was shaped by the changing world around her and as a result transformed not just the monarchy but also society more widely as her legacy.”

Diana’s Decades is filmed and directed by Nick Angel, produced by Jim Boyers and executive produced by Teresa Watkins.