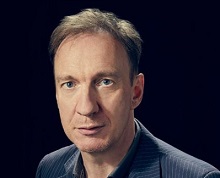 David Thewlis has joined Olivia Colman to lead the cast of Landscapers, a Sky Original drama currently in production.

As reported last year on Production Intelligence, Will Sharpe directs the four-part series from scripts by debut screenwriter Ed Sinclair. SISTER produces in association with Colman and Sinclair’s South of the River Pictures.

The Sky Studios/HBO drama is inspired by a true story and explores the events surrounding a seemingly ordinary couple, Susan and Christopher Edwards (played by Colman and Thewlis) when a couple of dead bodies are discovered in the back garden of a house in Nottingham. The cast includes Kate O’Flynn, Dipo Ola, Samuel Anderson, Karl Johnson, Felicity Montagu and Daniel Rigby.

Director Sharpe said: “It's a huge privilege to be collaborating with Ed, SISTER, Sky, HBO and our extraordinary cast and crew on this exciting project. We cannot wait to unearth for you the bizarre shape-shifting truths that lie buried in the unsettling yet deeply romantic world of Landscapers.”

Thewlis added: “This is without doubt the very finest project I have worked on for many years. Everything about Landscapers is magical, there is nothing like it and I’m impatient to get to work so that its brilliance can be shared with the rest of the world.”