Filming starts in Belfast on The School for Good and Evil 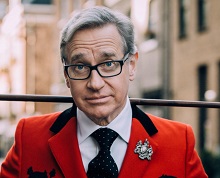 Principal photography is now underway in Belfast on The School for Good and Evil, directed by Paul Feig (pictured) for Netflix.

The film stars Charlize Theron, Kerry Washington, Laurence Fishburne, Michelle Yeoh, Sofia Wylie and Sophia Anne Caruso and is adapted from the books by Soman Chainani about a school where ordinary boys and girls are trained to be fairy tale heroes and villains.

As exclusively revealed on Production Intelligence, filming is based at Belfast Harbour Studios, an eight-acre site comprising 2 x 32,000 sq ft studios, that opened in the summer of 2017 when HETV Superman prequel Krypton became its first tenant. It has since hosted a second series of the drama, plus The Northman, a Viking revenge saga starring Alexander Skarsgård and Nicole Kidman which filmed in two tranches last year due to Covid suspensions.

Early last year, a planning application was submitted to expand the studio, with a proposal to develop four additional studios of 21,000 sq ft plus as up to 100,000 sq ft of production offices and 130,000 sq ft of support workshops on an adjoining 20-acre site.

The planning application is one of many that several UK studios have submitted, to try to meet the increasing demand for studio space as the production industry booms.

Among those with expansion plans are The Bottle Yard Studios in Bristol, Space Studios Manchester, West London Studios and Warner Bros. Studios Leavesden. Work is also underway on a clutch of new, purpose-built studio facilities around the UK, including two large sites in east London.