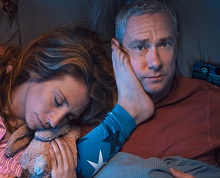 The scheme, which was announced last July and opened for applications in October,  is effectively an insurance backstop for the industry against Covid-related delays and suspensions, and has proved a lifeline for productions to get back up and running.

However, producers had been more tentative recently about re-scheduling their shoots ahead of today’s Budget announcement, hoping that the news would be positive about an extension to the scheme.

In early February, the Treasury confirmed that nearly 20,000 jobs in film and television had been protected by the support, with more than 160 productions benefitting from the insurance against Covid-related losses. Film Boxing Day and Sky comedy drama Breeders were quoted as two examples of scripted projects to have utilised the scheme.

Culture secretary Oliver Dowden said at the time: "We’re helping to create more than just great films and unmissable programmes with the Film & TV Production Restart Scheme - we are saving and creating tens of thousands of jobs across the country.

“Our screen industries have shown incredible resilience, ingenuity and creativity, which together with our Restart Scheme, means studios across the length and breadth of the UK are full. We are a content superpower and this sector continues to go from strength to strength.”

Productions signing up to the scheme are required to pass eligibility checks and supply evidence to show that they cannot return to work without this support, as well as adhere to the scheme rules and industry guidance on safe working.

The Broadcast Indie Survey 2021 is now open for entries – a chance to give your views on the industry after a rollercoaster year.

Indielab Accelerator has announced the call for applications for its 2021 edition of its growth programme for indies looking to achieve scale and develop their business.