Cottontail to shoot UK and Japan 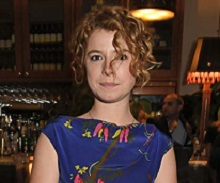 A new feature film from producer Gabrielle Tana is set to shoot in the UK and Japan from late June.

The feature is written and directed by Patrick Dickinson and centres on the poignant journey of Kenzaburo who, after his wife Akiko passes away in Japan, embarks with his estranged son Toshi to the Lake District in England - the land of Beatrix Potter, whose charming tales of Peter Rabbit captivated Akiko as a child.


She had always hoped to travel there one day with Kenzaburo, and now he must fulfil her last wish and scatter her ashes amongst the natural beauty of the lakes.

Shooting will be split roughly 50/50 between the UK and Japan, where the main filming location will be Tokyo with a brief stint scheduled to take place at Lake Shibire.

The film is co-produced by Jamie Harvey and Satch Watanabe.

Adrian Scarborough has been set as the eponymous lead in The Chelsea Detective, a new crime drama commissioned by Acorn TV from Expectation Entertainment and ZDF.

Our international sister site, KFTV, is hosting a Zoom Talk on Monday 22 March at 16:00pm UK time with Canadian and US production figures set to discuss all you need to know about filming in Ontario, Canada.

BBC One SAS drama films in UK and Morocco

A new drama from Peaky Blinders creator Steven Knight about the SAS began filming this week, with shooting due to take place in the UK and Morocco, doubling the latter for the Middle East.

From Game of Thrones stories to local logistics and expertise, leading production experts discussed filming in Iceland during the KFTV Zoom webinar on 3 March.