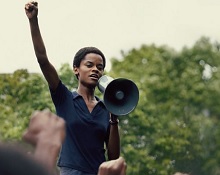 Following the critical acclaim for his Small Axe drama series, director Steve McQueen is working on a double order of documentaries for the BBC about the black civil rights struggle in the UK.

The idea for both docs originated from McQueen while he was making Small Axe; he will exec produce both alongside James Rogan, Tracey Scoffield and Soleta Rogan. Helen Bart produces; George Amponsah directs.

Black Power, a 1 x 90 for BBC Two, examines how the Black Power movement came into being in the late 1960s and fought back against police brutality and racism.

Subnormal, 1 x 60 for BBC One, explores how black children in the 1960s and 1970s were disproportionately sent to schools for the so-called ‘educationally subnormal’. Helen Bart produces; Lyttanya Shannon directs.

Both documentaries feature first-hand interviews with key participants in the events, many of whom are telling their stories for the first time.

The double order of docs is produced by McQueen’s shingle Lammas Park, Turbine Studios and Rogan Productions. McQueen said of the commission: “Looking at the past is an indication of what we have achieved today. These two documentaries show us of how far we still have to travel for liberty and justice.”

Charlotte Moore, BBC chief content officer, says: “These are important stories from our recent history that still resonate today. Steve McQueen has assembled a talented team of creatives to make these two documentaries that shine a light on the experiences of young black people from the 1960s and 1970s, sharing rare archive and enabling us to hear directly from key individuals, many speaking for the first time.”